The essential guide to these pets. 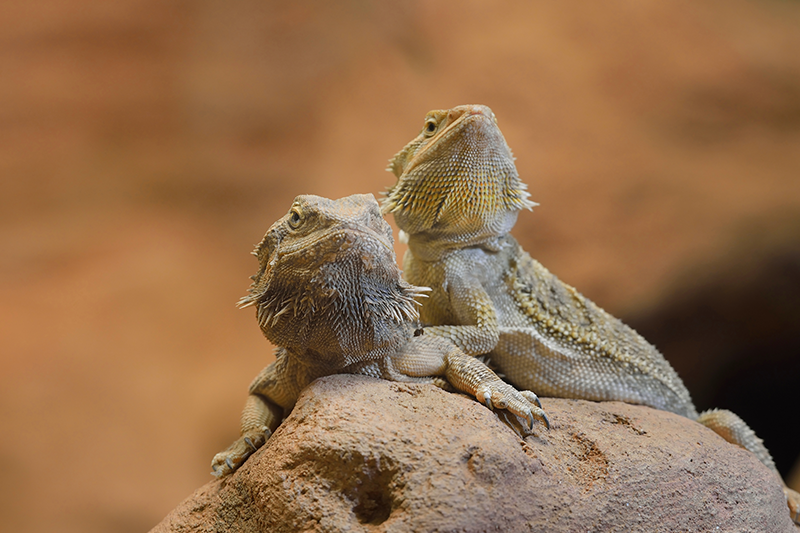 Even the most squeamish of animal lovers would find it hard to say that a baby Bearded Dragon is anything but sweet. But with these cheeky little pets come some responsibilities, as they do require optimal care and attention to grow into an impressive dragon!

Before you can embark on becoming a responsible Bearded Dragon parent, you must apply for a license to own a reptile with your state government. Don’t despair though – record-keeping is probably the hardest part of reptile ownership.

Hatchling and juvenile Bearded Dragons should be fed primarily small feeder insects, like crickets, two or three times a day. You don’t need a large amount of crickets as they could over-run the tank and are known to bite. Other than being tasty, insects alone don’t contain all the nutritional requirements that a growing Bearded Dragon needs: a calcium supplement is necessary. You can check out our supplement range at Petbarn instore or online. (linkto: https://www.petbarn.com.au/reptile) You should also start feeding greens as early as possible, not just for nutrition, but also hydration. It’s important that vegetables are cut up into bite-size pieces. Quality pellets should also be offered at an early stage.

Bearded Dragons aren’t very social. Although they tend to be good-natured companions and enjoy human company, the same cannot be said for other Bearded Dragons. As they get older, they become territorial and are likely to pick on smaller tank mates. For this reason, you wouldn’t keep more than three of the same size baby Bearded Dragons together – and avoid putting small dragons with large ones. Hungry hatchlings have been known to bite the tips of tails and toes of tank mates. When you see a stack of dragons, the most dominant one is usually on top – closest to the sun.

Bearded dragons display some pretty awesome behaviour. They don’t vocalise to each other – instead, they use their bodies to communicate. Arm waving is a typical, and usually submissive, behaviour. When a larger Bearded Dragon (or human) approaches a smaller one, it may wave in submission. Sometimes a wave is all they do, other times they may head bob. This is generally an aggressive sign: “I’m bigger than you!” The faster the head bob, the more aggressive the Bearded Dragon is getting. Their “beard” turns black the more aggressive they get and they will also puff it up. This means business!

Find out more about how to set up a Bearded Dragon Tank.

How to set up your Bearded Dragon’s home