They’re a small animal and they sure know how to make a lot of sound, but what do all your guinea pig’s squeaks and wheeks mean? 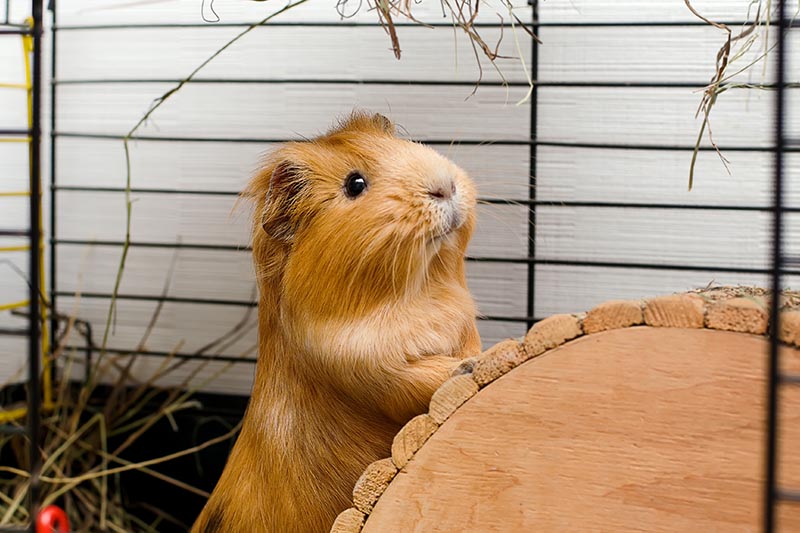 Guinea pigs behave in many different ways, and make a lot of different noises – especially for such small animals! They make these sounds in order to communicate with other animals and with you, their human. The sounds they make are among many little habits and traits that are adored by parents of guinea pigs. Here are some of the meanings behind the vocal expressions of guinea pigs to make them easier to understand.

Feel special because a wheeking noise is made just for you. Sounding exactly as it is pronounced, guinea pigs may “wheek” when they’re hungry or want food. They’re more likely to make this noise around meal times (especially if these are at exactly the same time every day!) or if they spot you walking towards them with food. This is their way of saying “I’m hungry” or “I’m excited for dinner”.

Guinea pigs also make noises similar to the “purr” of a cat – but this noise tends to sound a bit more like a grumble. Associated with happiness or contentedness in your pig, it’s often heard when you’re bonding with your pet, like when you’re grooming or patting them. Sometimes they might make this noise in short spurts when they are startled, or start to feel threatened, perhaps as a way of soothing themselves.

This little noise may be cute, but your pig will likely only make it when they feel in distress, perhaps feeling threatened by something that’s nearby. A drastic change in the space around them – like movement in the same room or loud noises from nearby. You may need to cuddle your pig and give them a pat to help them calm down a bit.

This noise is when your guinea pig makes a rapid succession of quick squeaks. It can be caused by anger in your pig, or when they are feeling unhappy or agitated about something that’s happening.

This sound should be like an alarm for an owner as it means your pet is in pain or in danger. If you have more than one guinea pig it may mean that there is uproar between your pets and you should dissolve the incident immediately.

The opposite to ‘wheeking’, your guinea pig will make this high-pitched moan when it is troubled or distraught. This is not too much of a concern and you should just check on your pet to make sure they’re ok.

Another noise that sounds like it is spelled – a repeated “chut” sound, which is only made by some guinea pigs. It’s thought to be more of a personality thing for guinea pigs, as it’s not restricted by breed, just certain guinea pigs. Like the purr, chutting can happen when your guinea pig is relaxed, happy or content. It’s a rare noise for pigs to make, so be happy if your little one does make it!

There are various other noises the guinea pigs can make and many owners will record noises others have never heard. Regardless, it’s very important to listen to the noises that your pet makes, and ensure you respond to their needs to the best of your abilities.

If you’re thinking of getting a guinea pig, Petbarn has everything you need to make them feel at home with your family.

How to care for small pets when it’s hot

Winter care guide: Do rabbits and guinea pigs get cold?

How to care for rabbits as pets