Most puppies will chew and swallow just about anything. Unfortunately, what they ingest can sometimes make them sick, and they may need to be taken to the vet. 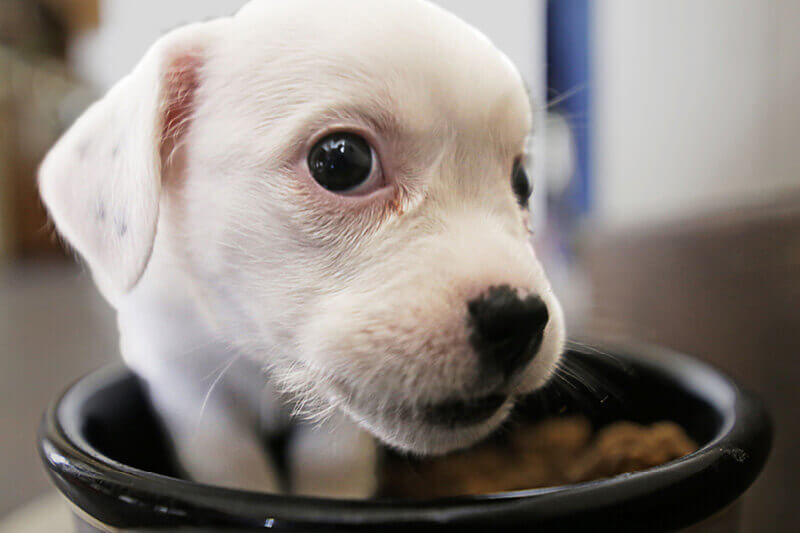 From toys to some human food, puppies notoriously eat things that are bad for them. We’ve all heard horror stories – puppies becoming ill and ending up in surgery – and left untreated, foreign and toxic items can be fatal to puppies.

That said, we’ve also all heard tales of puppies passing foreign objects and being absolutely fine. It’s not an exact science, because every puppy is unique. The cornerstone piece of advice for when (not if) your puppy swallowed something weird is to seek veterinary advice. If your normal vet is unavailable, Petbarn advises you to call a 24-hour emergency vet.

Symptoms that your puppy has swallowed something they shouldn’t:

How your vet will diagnose what your dog has swallowed

If a vet believes your puppy has swallowed a foreign object, an X-ray will be ordered to confirm what they have swallowed and the best method of treatment to remove it. Some objects, like rubber balls, don’t always show up on the X-ray, so an ultrasound is most commonly performed. If you know what your puppy has eaten and it’s something toxic, like chocolate, it’s helpful for diagnosis if you can tell your vet the details of what they have eaten; how much, what brand, when etc.

Treatment for your dog swallowing something they shouldn’t

Treating a puppy who has swallowed a foreign object can vary from letting them pass it out on their own, removing it with an endoscopy, performing surgery or making them vomit. According to Dr Josh Llinas of Greencross Vets Jindalee, surgery does have risk of complications. He says, “The risks are associated with the area that the item is located. It can be located in the oesophagus [the throat], the stomach, the small intestine or the large intestine. Each area has different risks both during and after the surgery but your vet will prepare and manage these to minimise these risks, (which can) range from infection to wound breakdown.”

Puppies who have eaten something toxic may be induced to vomit. Depending on the symptoms they show, your puppy may need more intensive treatment including intravenous fluids or a variety of medication.

Dr Llinas describes the most unusual item he’s ever removed from a puppy’s stomach: “It would have to be a toy stegosaurus from the small intestine of a 12-week-old German shepherd dog. You could see the outline on the X-ray and we knew what we were going in for. After a good clean it was returned, but I’m not sure it was used by her son again.”

Even the most vigilant pet parent can’t keep an eye on their puppy 24/7 so don’t feel down on yourself if your pet becomes a bit too curious and swallows something they shouldn’t. The best thing you can do for your puppy is take them to your local Greencross Vets to have the foreign object removed and to do another thorough sweep of your house to puppy proof it.

How to Puppy Proof Your Home – 12 Things to Check For