Unique, interesting and first kept some 1600 years ago – Fancy Goldfish are a certain way to brighten up your tank. Take a look at some of the varieties available. 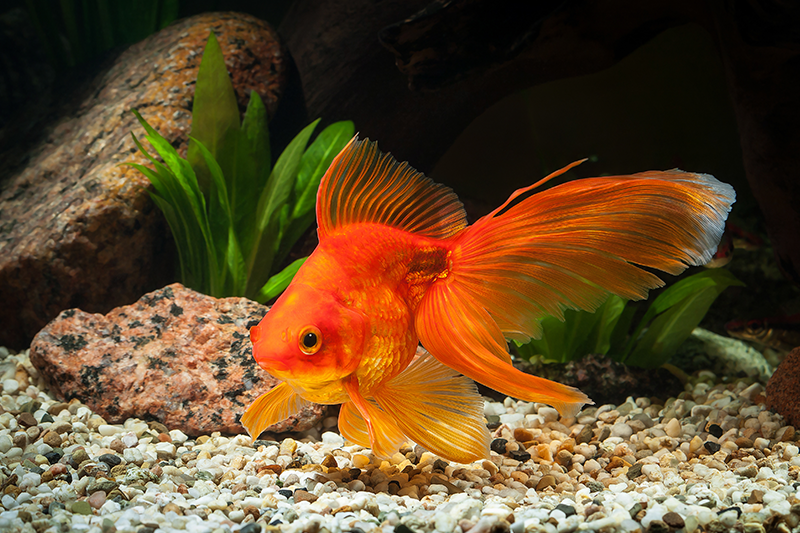 The term ‘Fancy’ refers to goldfish that have been specifically bred to enhance certain colours, patterns and or body characteristics when compared with more simply shaped goldfish, such as the Comet. They are extremely popular with many enthusiasts as they are some of the most unique and interesting cold-water fish available.

Fancy goldfish include: Celestials, Lionheads, Pearlscales and Orandas, to mention just a few. Even though they exhibit many different colour patterns and body characteristics, they are all the one species, Carassius Auratus.

The ancient Chinese kept goldfish some 1600 years ago. The original wild and drab-coloured fish were selectively bred to enhance the colour and finnage, a practice continuing to this day. Over time, breeders have developed many types of unusual and stunning Goldfish.

While Fancy goldfish have the same water-quality requirements as standard Goldfish, such as Comets and Fantails, they are generally more sensitive to water-quality fluctuations and require regular aquarium maintenance to ensure they remain in good health.

Fancy goldfish are more susceptible to suffering from vitamin deficiencies when compared with standard varieties, so it is recommend to include vegetable-based foods in their diet. Aquatic plants are also a good addition.

Body short and globular. Fins well developed and long. Characteristic growth over the head region. The ‘Cap’ or ‘Hood’ may be absent in young fish and may take up to several years to develop fully. Usually at a length of 7-9cm the head growth will start to become more pronounced. 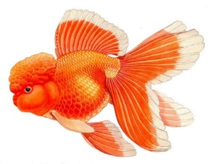 Characteristic growth around head region. Fins relatively short, with no dorsal fin. Head growth of Lionheads may not be present in young fish and may take several years to develop fully.

Similar to the Lionhead, but with a strongly curved back near the tail, and no dorsal fin. Head growth of Ranchus may not be present in young fish and may take several years to develop fully. 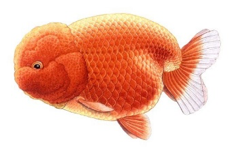 Has the distinctive fluid filled bubbles directly under the eyes.

Similar to the common Fantail, with distinct protruding eyes. Can come in a variety of shapes and colours. 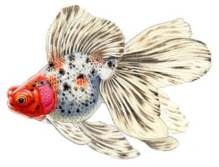 Also similar to the Fantail, but with symmetrical twin tails, spread nearly horizontally and when viewed from above, appear to be butterfly shaped. 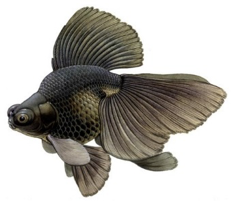 This fish has strikingly large eyes which are upturned, giving the appearance it is looking at the stars. It also has moderately long fins and no dorsal fin.

Body short with characteristic hump contour on the back. The magnitude of the hump increases as the fish matures. Tail is approximately half the length of the body length. 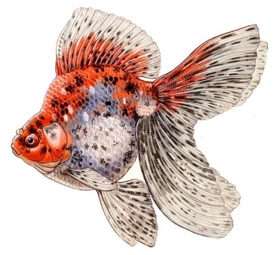 Long body and heavier than the comet. Has a short twin tail fin and more rounded pectorals. An active fish, ideal for ponds. 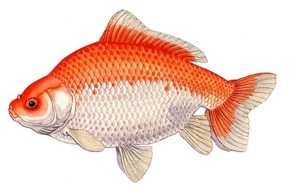 These fish have the general characteristics of a fantail with a softer more globular appearance, and distinctive raised scales, giving a pearl-like, dimpling effect on the body. 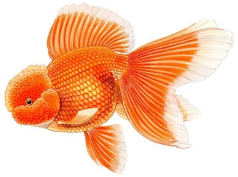 Pompoms are fish with ball-like appendages on the top of the head (these appendages are extensions of the nasal septa). Many varieties of Goldfish are produced with pompoms, the most common being Fantails. 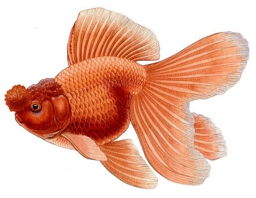 Chat to your local Petbarn team member for more information about Goldfish.

Why your first pet should be a fish

How to treat and prevent velvet in fish