Having a chat with your cat may sound farfetched, but it turns out you and your feline have a language all of your own. 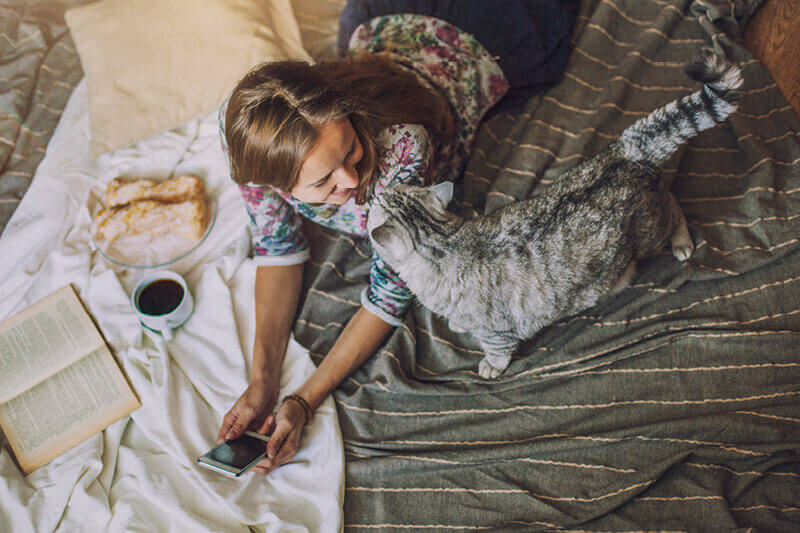 A lot of people believe that cats aren’t as expressive as their canine counterparts. However, there’s growing evidence to show that this is untrue. Your cat uses combination of vocalisations and body language to tell you what’s going on, it’s just a matter of learning to interpret them.

What’s particularly interesting about cats is that they don’t really meow to communicate with other cats. Research conducted in 2015 by Vet Gary Weitzman, author of How To Speak Cat, reveals that cats only vocalise to humans. He says that each cat has around 24 different vocalisations that mean different yet consistent things. Their meows are specifically designed to tell you something, and over time your cat will train you to understand what each different meow means. Weitzman’s research also finds that there are no universal cat meows; that you and your cat speak an utterly unique language.

While the following feline behaviours and what they mean are markedly more universal than vocalisations, it’s important to remember that not all cats are the same. It’s also important to look at your cat’s body language as a whole, that way you won’t take out of context what it is they’re trying to tell you.

How to stop cats from scratching furniture