Your cat may sleep twice as much as you do, but that doesn’t necessarily mean they sleep when you want them to. Far from simply irritating you, there’s a reason your cat is prone to meowing or clawing at your bedcovers just as dawn is breaking. 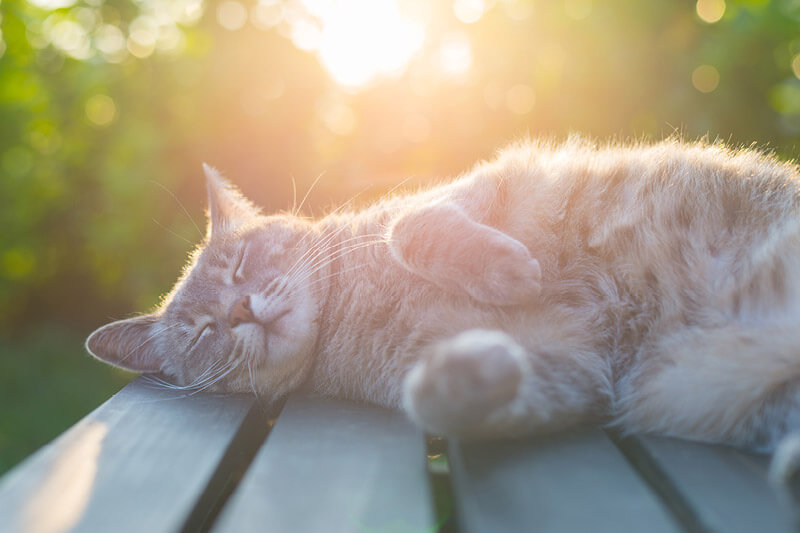 A lot of people believe that cats are nocturnal, or active during the night and asleep during the day. This is not strictly true. In fact, the majority of domestic cats are most active at both dusk and dawn rather than only at night. Because of this, cats laze around during the day, particularly when the sun is at its hottest, and are most active in the early morning and early evening hours of twilight. Whereas big cats in the wild from which our domestic feline companions descend (lions, tigers etc) are typically nocturnal hunters. So if your cat is displaying nocturnal characteristics, it simply means that they’re channelling their inner lion!

The science of sleep

Humans, as you well know, are diurnal – active during the daytime and asleep at night. Unfortunately this means our activity patterns don’t correlate with our cats’. The good news is that cats will adapt their sleeping patterns to suit the lifestyle and environment in which they are kept.

This was confirmed during a scientific study conducted by Giuseppe Piccione et al. at the University of Messina, in Italy in 2013. Piccione analysed the sleep and activity patterns of two groups of cats. Group A cats lived in small homes and spent most of their time inside, where Group B cats lived in large homes and were kept outside overnight. The results showed that cats in Group A were most active during the day, particularly when their owners were at home and engaging with them. Whereas cats in Group B were most active during the night, when they were outside.

This study found that cats’ sleeping patterns are dramatically influenced by the presence of humans, and the routines that determine when they are most active.

Now that we know your feline friend has the capacity to change their sleeping habits, here are a few things you can try to stop them waking you at the crack of dawn:

Remember, Petbarn has plenty of toys to keep your feline entertained, so head in store to stock up!

5 easy steps on how to toilet train a kitten