Judith, mum to beautiful cat Charlie, sent us her story after she made the decision to add a very special addition to her family! 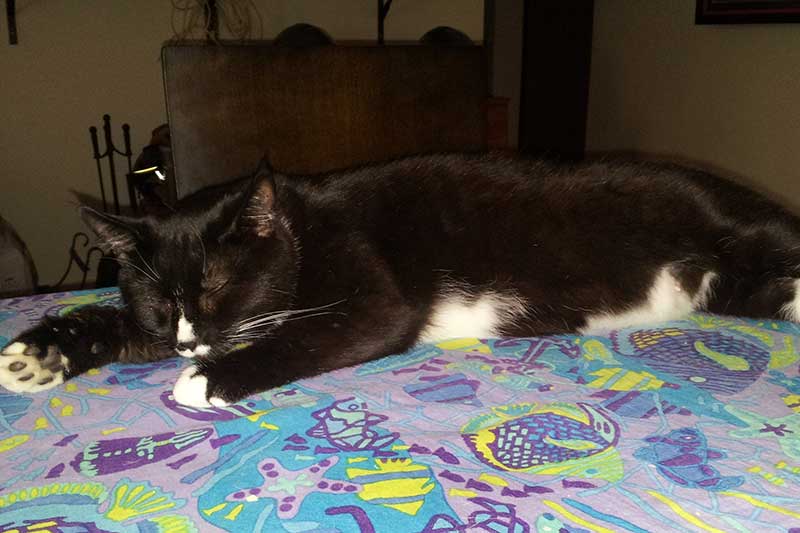 “I live in Alice Springs, where the type of cat food I feed my two boys is pretty hard to come by. So, whenever I go to Adelaide, I make sure I go to Petbarn and stock up. This is what I was doing in late October, on my way home from Moto GP at Philip Island. I went to the Petbarn at Noarlunga to get cat food and made the ‘mistake’ of discovering the ‘adopt-a-pet’ cages inside the store. With two boys already at home (who are not always the best of friends at the best of times), and a 1,500km car ride before getting home – the last thing on my mind was adopting a cat.

However, the ‘crazy cat lady’ gene kicked in (I’ve had up to seven cats previously) and Charlie turned on the charm – big time.

I went away in two minds. I came back the next day – partly hoping Charlie had already found a home (but mostly hoping that she hadn’t). She was still sleeping in her little cage, so the die was cast and I began the adoption process that afternoon. Thank goodness I own my own home because the process was extremely thorough, ensuring she was going to a ‘good’ home, and, of course, when I left Alice Springs, I had no intentions of bringing a new baby home with me when I returned.

So, a new cat carrier was purchased so she would be comfortable for the long journey home, and a loving pat under the chin to let her know I’d be back in the morning and she best prepare herself for a long journey ahead. Bright and early the next day, Charlie was bundled into her new carrier and we began the journey home.

After a couple of days hiding under my bed with one boy ignoring her and the other letting her know, in no uncertain terms, that he was not happy at having his position as the ‘baby’ of the family usurped, she began to settle. After a month, there is a tenuous truce with the ‘middle child’ and a growing bond with my older boy – and she gets into the hearts of everyone she meets.”